With að little effort this recipe could be considered a lighter side on the spectrum of light to heavy recipes. I had promised my readers that I would start the new year on a more cleansing note – but havn’t completely kept my promise. Maybe this dish is half way in that direction, or one third of the way. Common...there is just a little bacon in there - just a little! What's three slices of bacon between friends.

Stuffing chicken breast is a simple venture and what you decide to use is just limited by your imagination. I thought of this version when I woke up that same morning and during the whole day I was feeling quite original! Even when writing this post I was feeling quite proud of myself but when I read through my own archive I saw that my originality was just a figment of my own imagination. Early 2007 I published a recipe that was quite similar. But I justified blogging it again because the stuffing was a little different, I used less bacon (always healthy), the side dishes were different as was the sauce and I took pictures that I judged to be quite appetising – so here it is! 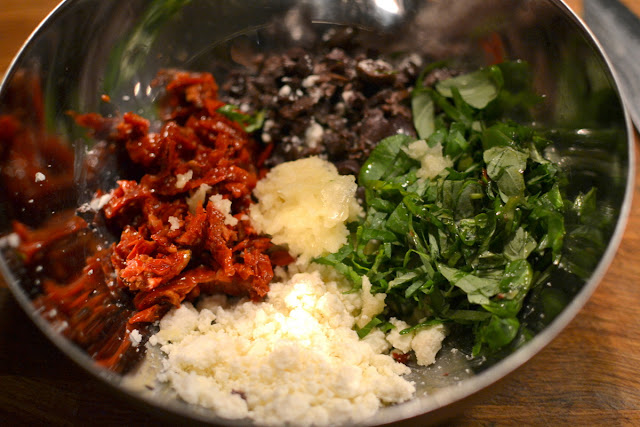 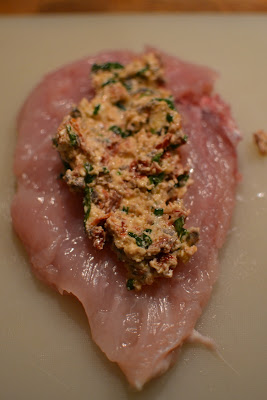 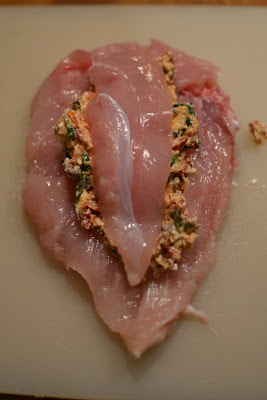 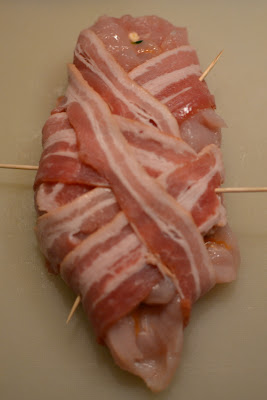 Put a pan on the fire, dash of oil and then fried the chicken breast just to brown them on the outside, couple of minutes on each side. Then I put them in a oven proof dish and baked them in an 180 degrees pre-heated oven until the core temperature was 82 degrees – took about 25 minutes. 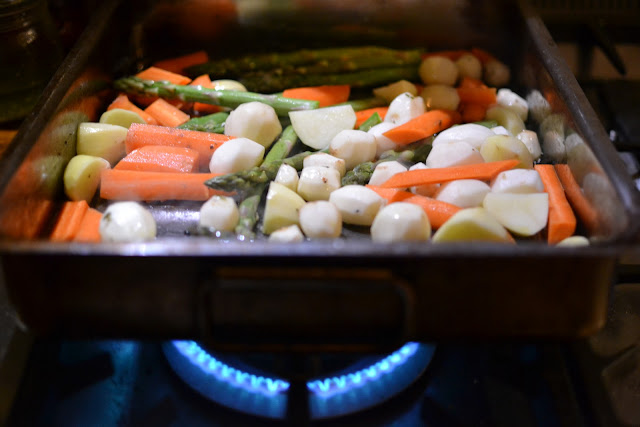 I had prepared the vegetables previously. Peeled some potatoes, carrots and placed in an oven drawer with a few asparagus spears. Rolled the vegetables in 2 tablespoons of potent garlic oil, seasoned with salt and pepper. Fried the vegetables first in the drawer just to get a bit of colour and then put it in the oven for 35-45 minutes until golden brown. 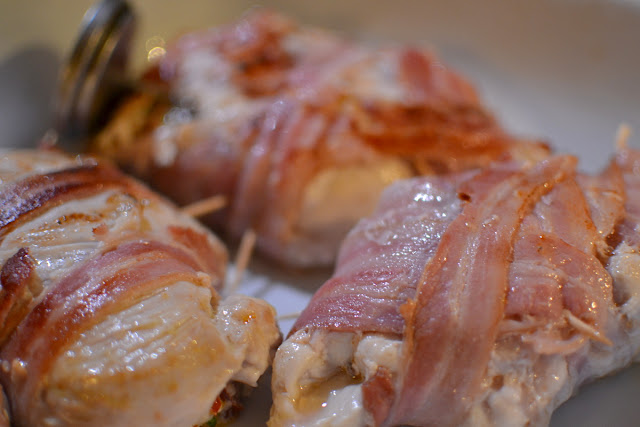 The sauce was very simple. Brought 250 ml of good chicken stock to the boil, when the chicken breast was ready it had given of some taste stock which I then added to the sauce. Added 50 ml of light cream (12% cooking cream), seasoned and warmed up again. Thickened with some maizena flower.
We made a salad, as simple as they come, a few various green leaves, some sliced tomatoes, cucumber and chopped red onions. Flavored with a little olive oil, freshly squeezed lemon juice and some salt and pepper. It didn't need any more.


With the food we drank some lovely white wine. This time we had some Montes Sauvignion Blanc from the year 2010. This is a  chilian wine. Fresh scent, a little lemony and fruity on the nose. The flavor lighty acidic, fruity and a little dry. A nice finish. 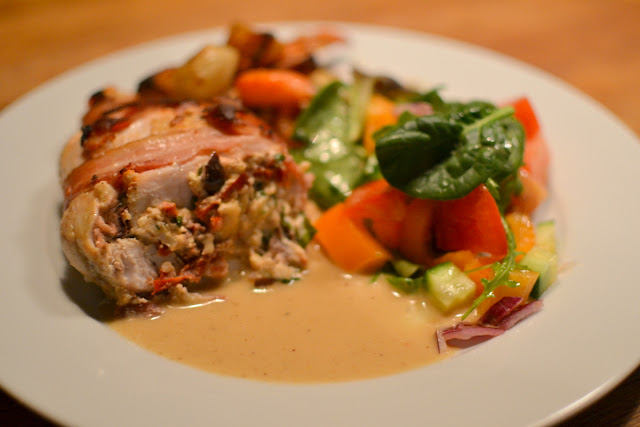 With this dish we enjoyed some Sauvignion Blanc white wine from Montes.