I found lamb shoulder in my freezer the other day (yes, it's a crowded place) so I decided to treat myself with a proper nostalgic feast - few things in this world are as tasty as Icelandic lamb - and I concluded that sous-vide would be the cooking method of choice, in order to do the lamb the honor it deserves. Sous-vide cooking is an exotic concept to many people but I wholeheartedly encourage everyone to give it a shot. In contrast to a common misconception, this cooking method doesn't necessarily require any complicated gadgets or industrial kitchen equipment.

Of course, the process is made easier if you have a vacuum packing machine or an immersion circulator, but you can achieve the same results using zip-lock plastic bags, meat thermometer and a sturdy pot in which you can maintain a steady cooking temperature. What matters most is to make sure that same internal temperature is maintained throughout the cooking procedure. 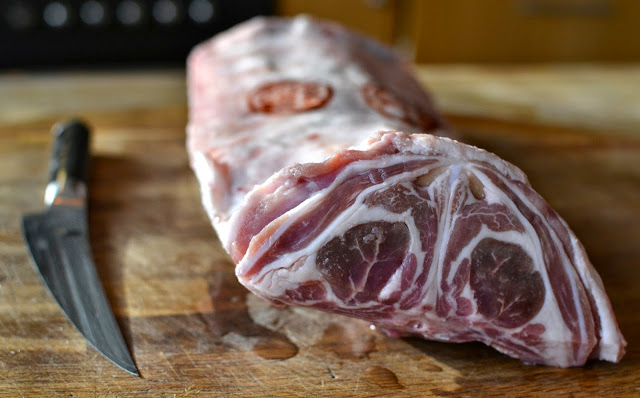 I decided to bone the lamb shoulder, which is relatively straight forward. You can of course ask your butcher to bone it for you, and he/she will happily comply.

Start by boning the lamb shoulder. You don't have to feel daunted by the process - the only thing you need is a sharp knife, and concentration. 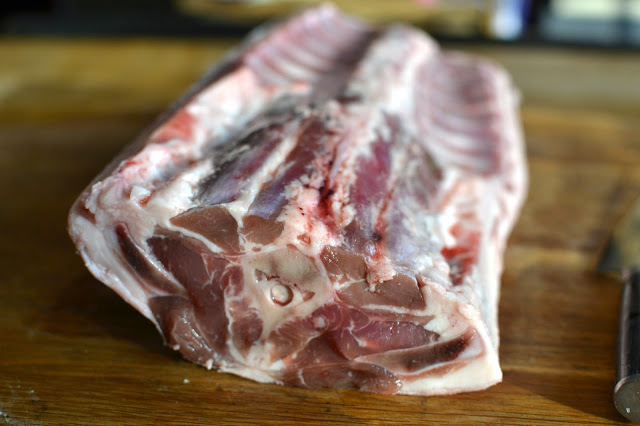 Place the lamb shoulder on a cutting board with back side facing down. The fillets have sometimes been removed, but they're in their place on all proper lamb shoulder cuts! 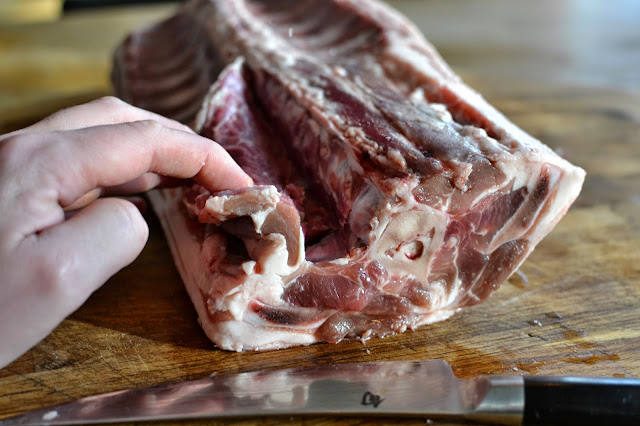 Remove the fillets by carefully sliding the knife along the bone. Set to the side. 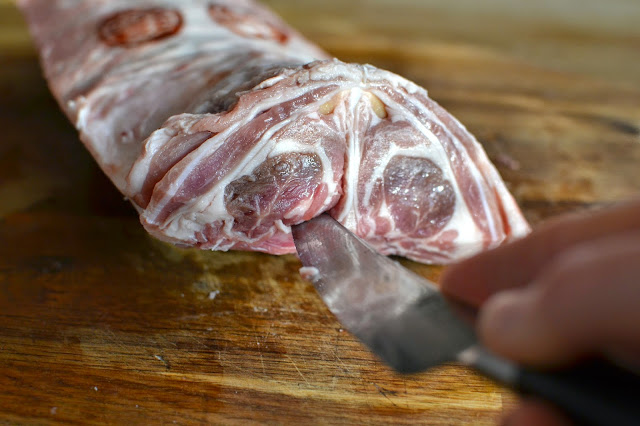 Turn the shoulder over. Slide the knife along the blade bone, following the ridges and down towards the opposite end of the blade. When you arrive at the spinal column, cut along the ribs. 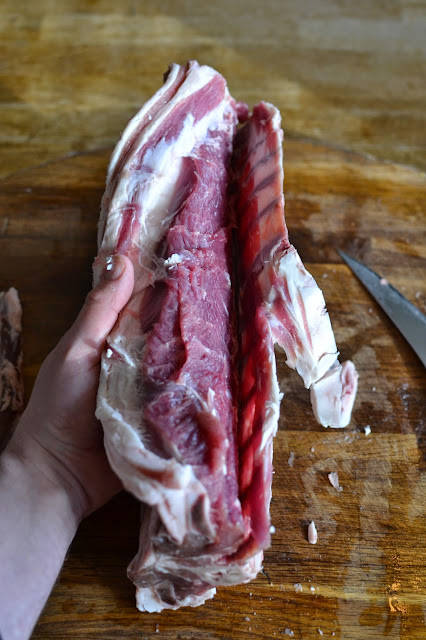 Fold open the shoulder and cut the meat away from the blade bone along the spinal column. Be careful not to puncture the skin. When you have removed the meat from the bone on each side it will hang from the ligament, which is then easily cut away by following the ridges with the knife.

The shoulder has been separated into four parts. Two fillets, the bones and boned meat. The bones will of course be used for broth! 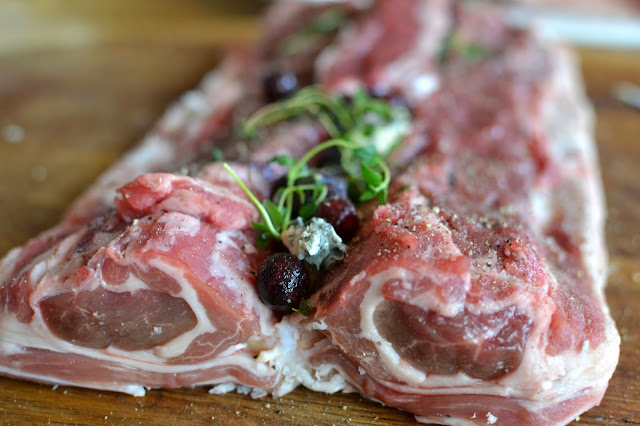 Now to the cooking! You can fill the shoulder with anything that you desire. Personally I love the combination of blueberries and blue cheese, to which I added a pinch of thyme. I should have used the native Icelandic arctic thyme but it was in short supply unfortunately. Season with only pepper, leave the salt until the lamb is cooked. Place the fillets into the middle and roll up the shoulder. 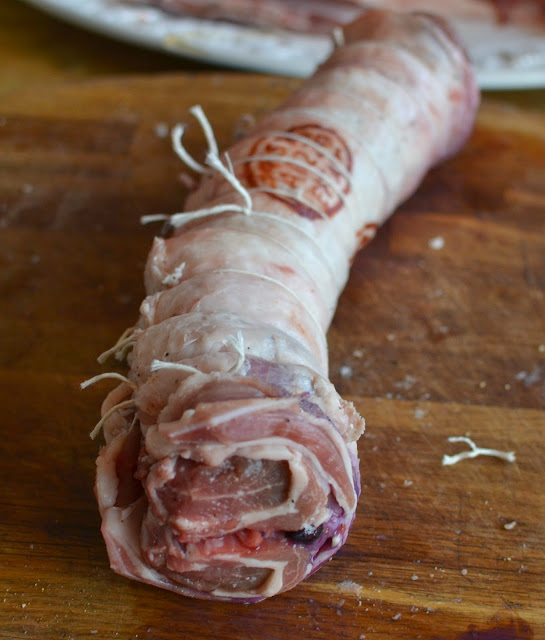 I've tried to teach myself how to make a 'butcher's knot' but I can't pull it off. It's clear that I would've never made it as a surgeon! 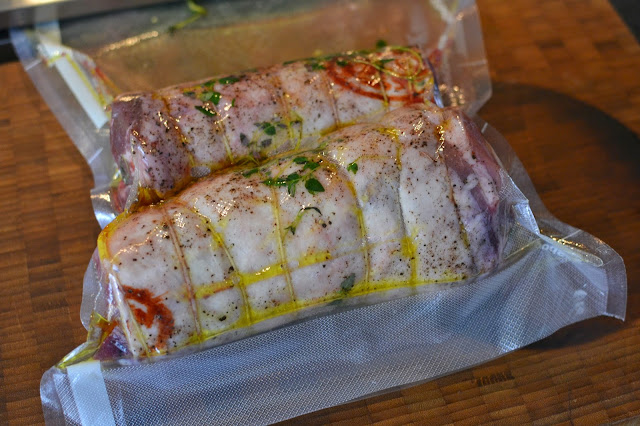 Then cut the shoulder in two and put both parts into a vacuum bag. Pour a bit of oil in the bag along with some pepper and a few leaves of thyme before sealing. 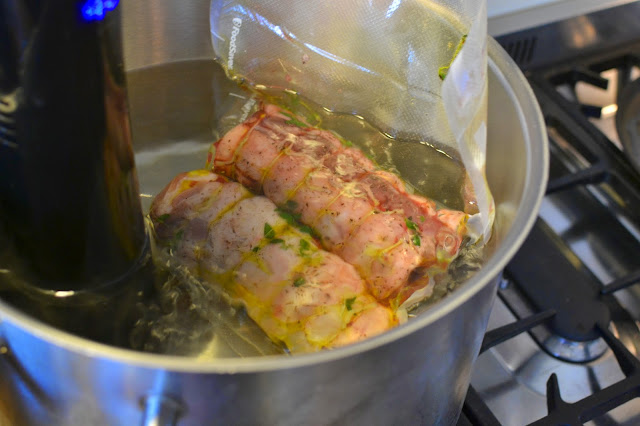 Place the bag into the water and set the temperature to 65°C. Let it rest in the pot for the next 6 hours - in hindsight 3-4 hours would have been plenty. 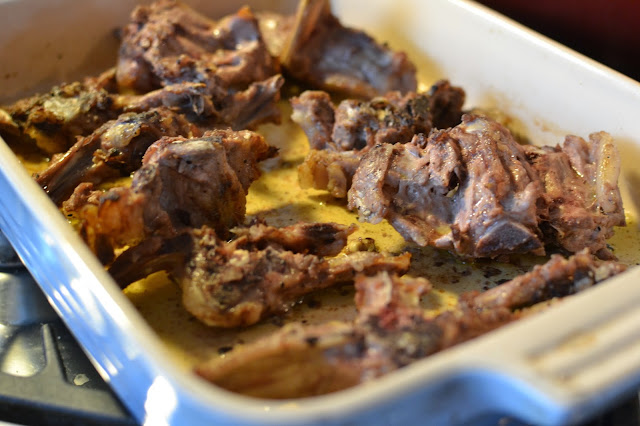 Cut the remaining meat-covered bones into smaller pieces and brown in the oven. Then transfer to a pot and cook up a pungent broth using for example garlic, onion, carrots, celery, bay leaves, white wine and water. Start with around 4 l of liquid and reduce it to 700 ml. 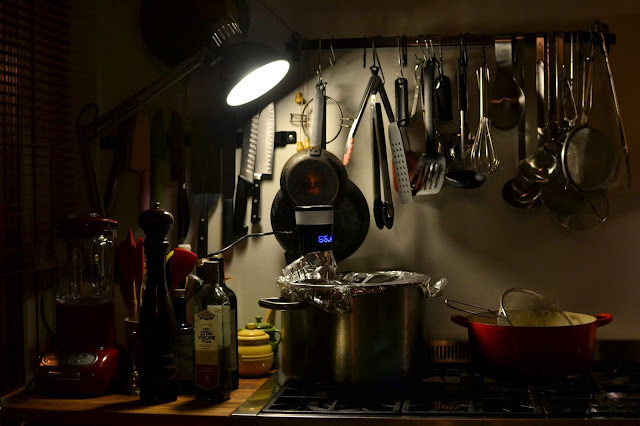 Take a glass of wine, sit down and relax and enjoy the atmosphere while the meat cooks away. 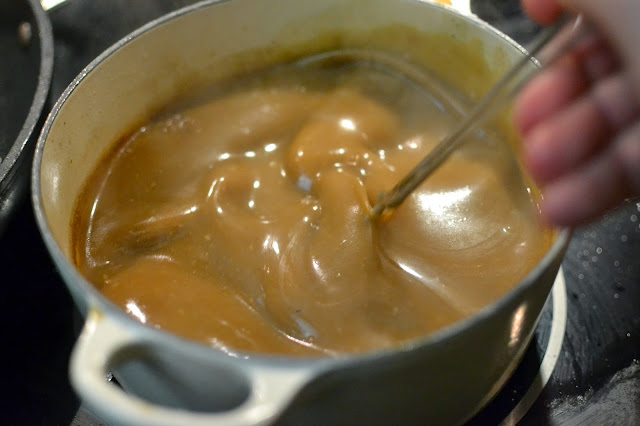 Prepare roux in a pot. Use a sieve to clear the broth and then pour it in with the roux. Season with salt and pepper. Proper broth doesn't require anything more fancy than this! 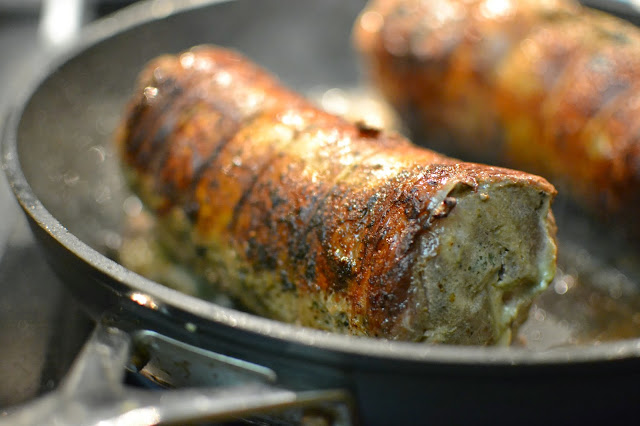 When the shoulder is done, melt butter on a pan and brown the meat. 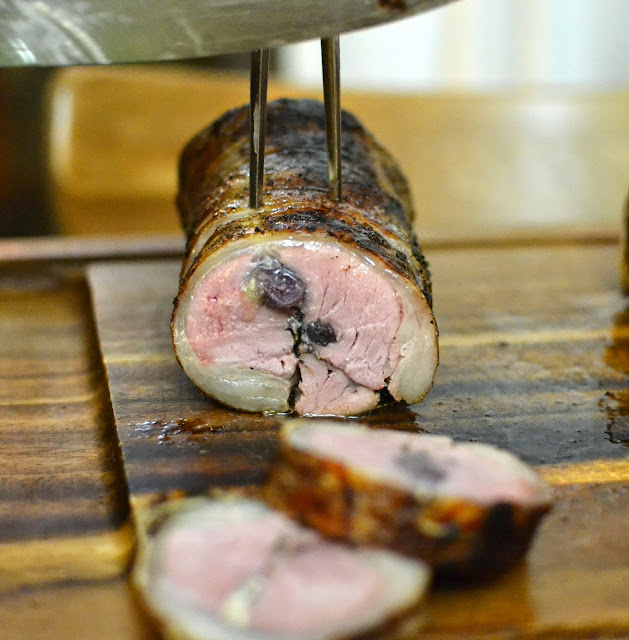 Allow the meat to rest for a few moments before you slice it. 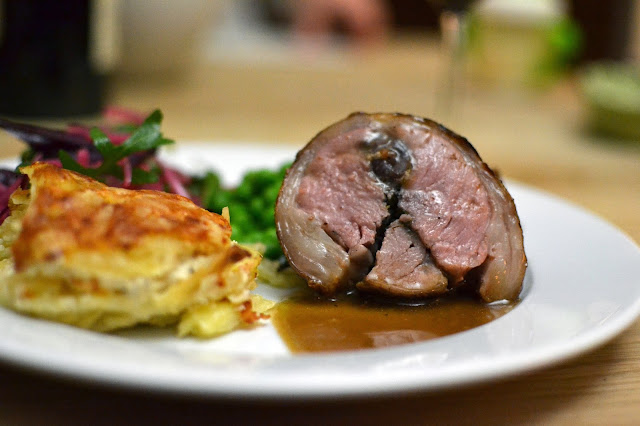 Serve with potato gratin (see here), simple salad and peas, and last but not least, a lovely drizzle of gravy!

We had some 2011 Tenuta Sant'Antonio Monti Garbi Ripasso with the food. I quite like this red wine but I haven't tried it for a long time. The wine traces its roots to regions outside Venice and is made from a blend of three grape varieties where the Corvína grape plays the central role. The wine is thick in the glass, deep dark color, with a rich berry aroma and a dominant aftertaste. I highly recommend this red wine! 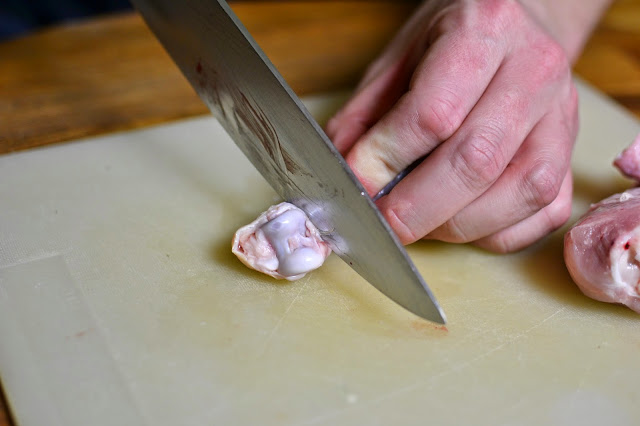 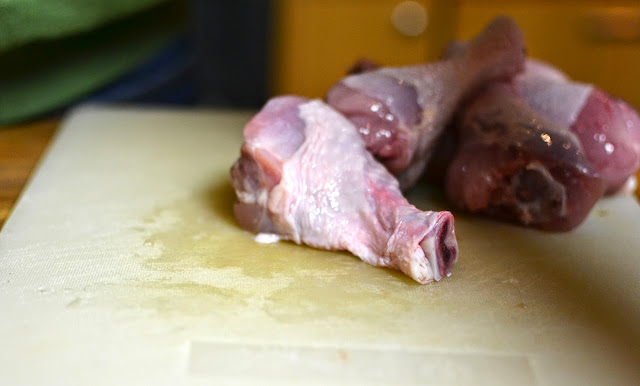 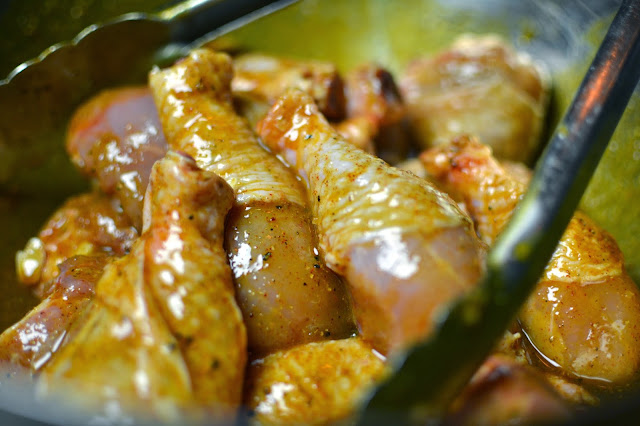 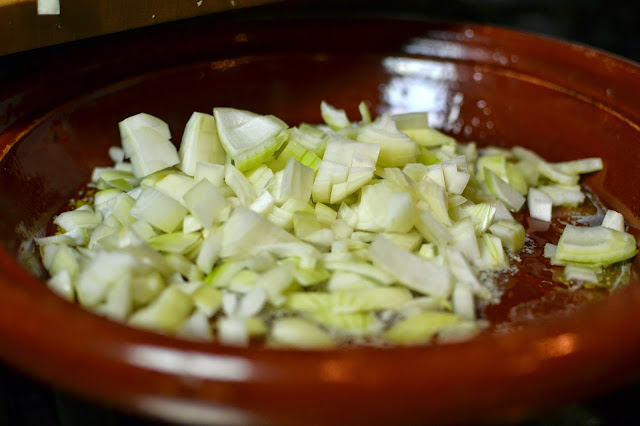 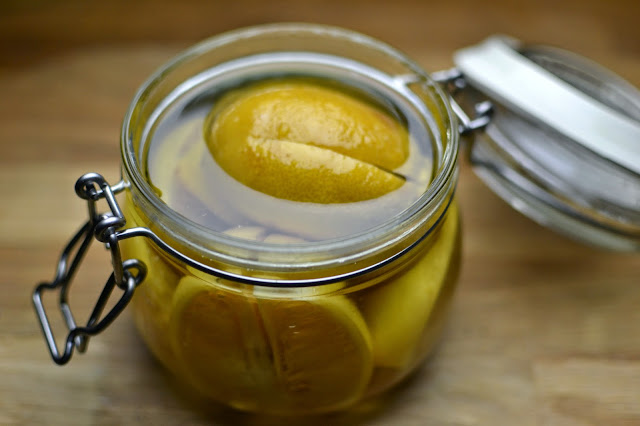 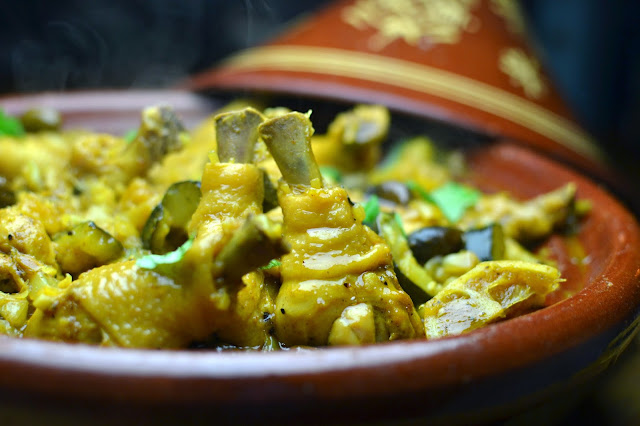