Admittedly, I'm a card-carrying omnivore and a meat-eater par excellence and I always have been - readers of my blog are acutely aware of this fact, given the sheer volume of meat-orientated recipes. In both my cookbooks (published in Icelandic), there were no specific vegetarian chapters, I did though include chapters that focused on side dishes featuring only vegetables. However, I feel it's time to devote more attention to vegetables, and wholly vegetarian dishes. And since I've never been much of a fan of vegetarian food I see this as an opportunity to learn something new - new approaches and techniques, for example. We'll see how well I stick to the cause.

"Pizza - that's such an easy start!" Some of you might say. But it's a perfect way to begin working with meatless ingredients because pizzas are both familiar and they lend themselves to experimentation. We made some pizzas with leftover meat for the kids, as my mother-in-law always says: Thriftiness is a virtue! Anyways, I stayed clear of the meat. My brother and I made the pizzas together and when I got home from work this voluptuous dough awaited me: 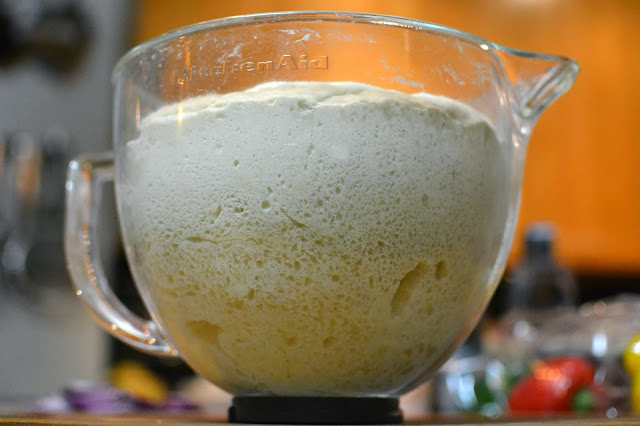 
I rolled the dough very thin in order to recreate that authentic Italian pizza-feeling and I baked them on a specific pizza-stone in the oven. 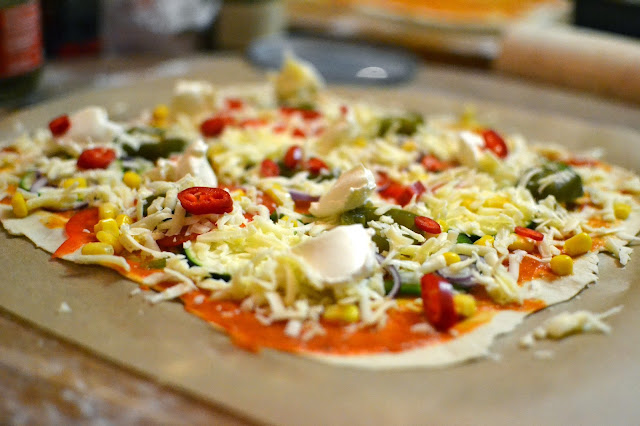 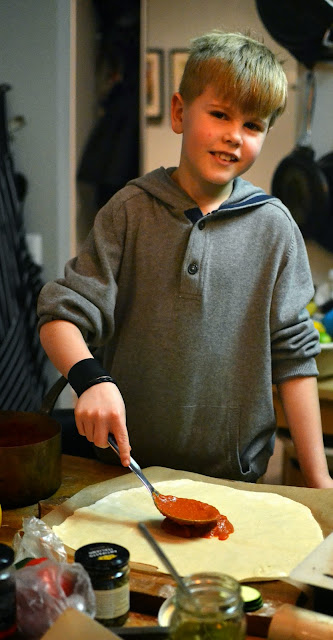 My son, Villi Bjarki, helped with the pizza-making like many times before and is quickly becoming a master of flattening and preparing the dough! 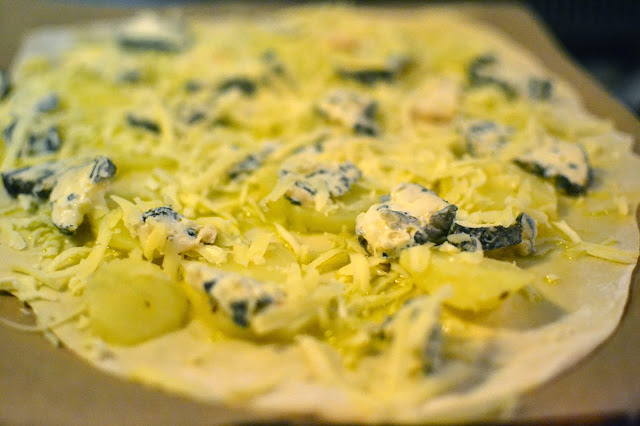 A third pizza received a treatment of garlic oil, boiled potatoes and blue cheese - something along the lines of the English Stilton cheese. 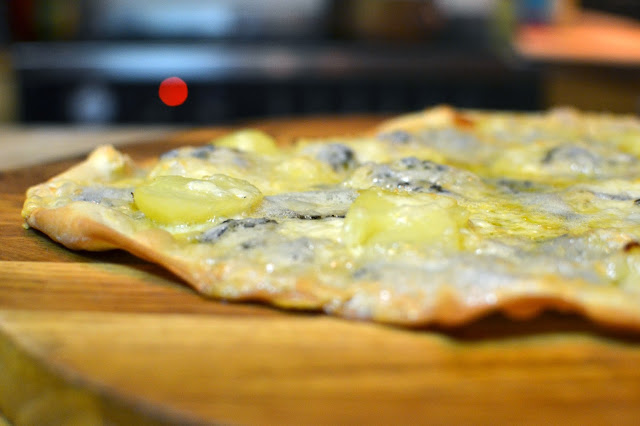 Wonderful - this one was my favorite! 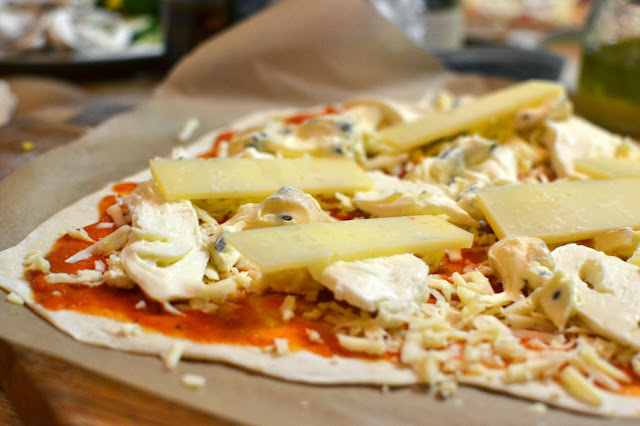 Finally, the cheese pizza galore - which was the most popular! The pizza had five kinds of cheese: Grated mild cheese, mozzarella, Boursin garlic cheese, thinly sliced blue cheese and Manchego cheese (made from sheep milk and hails from Spain). Pure deliciousness - don't be afraid to scatter a bit of jam over the pizza! 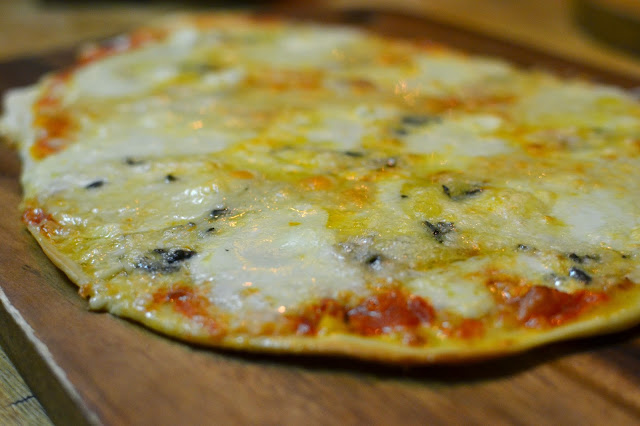 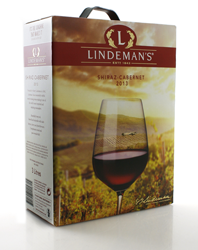 We enjoyed a bit of bag-in-box red wine with the pizzas. Lindeman's Shiraz Cabernet is an Australian wine, a blend of  Shiraz and Cabernet grapes. It's medium bodied with notes of berries, mild tannin and an extended aftertaste which paired perfectly with the cheese pizzas!